Emoji – emoticons or even something more?

Like punctuation, which has a key effect on the content of the message through its presence and placement, emojis are becoming an increasingly common tool for clearer communication. You probably still remember the elementary school example that illustrated the importance of correct inclusion of commas – “Let’s eat grandma” and “Let’s eat, grandma”. A similar role is played by emojis – “I’ll be waiting for you 💕🥰“ as opposed to “I’ll be waiting for you 🗡️😡”.

Communication is not only a dull transmission of information and data as it often conveys a deeper message. Although verbal communication, whether spoken or written, is the foundation of communication, experts agree that much of our communication is nonverbal. This means we significantly refine our message with our body language, tone of voice and speed of speaking, which is a key element for proper understanding. While we use many tools for clearer communication when speaking, in writing we often miss the real point as we are usually limited to a comma, a dot, a question mark and an exclamation mark. Could emojis be understood as additional punctuation? 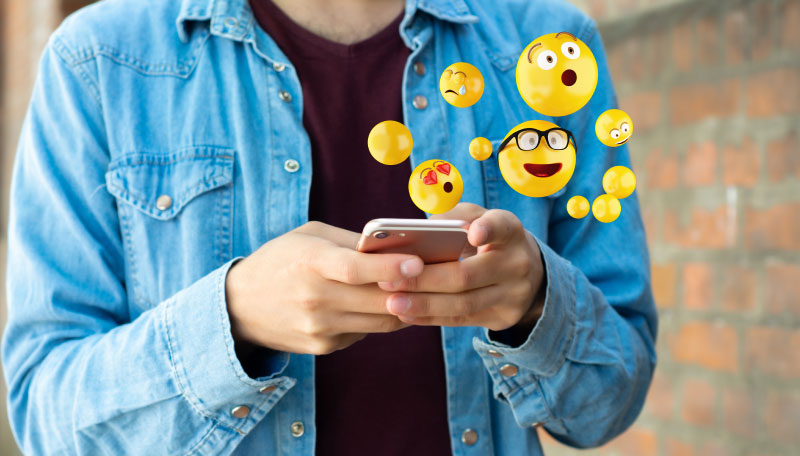 Emoticons do not come from emotions 😁 😂 😕

The word “emoji” shares its word root with the word ‘emotion’ only by coincidence, even if we do express emotions with basic emojis. It comes from Japanese and consists of the words “e” (picture), “mo” (writing) and “ji” (sign). Shigetaka Kurita, the author of these small pictograms, we might even give him the title of “the father of emojis,” was a telecommunications company employee and wanted to add more message to short dull electronic messages sent via pagers at the time, and enrich them with emotions. He drew the first group of 172 emojis in ten days. Today, a much larger group covers a wide variety of themes and variations. Initial yellow smileys 😀 have taken on more shapes in human form 👨, it is possible to determine their sex 👩 and age 👶 👴. When various skin colours were introduced on some platforms some time ago ✋🏻 ✋🏽 ✋🏿, speculations have emerged as to whether the basic yellow colour represents members of the Asian race. ✋ However, the reason for the yellow colour of the emoticons lies only in the great contrast with the black, which enables better readability of small thumbnails. 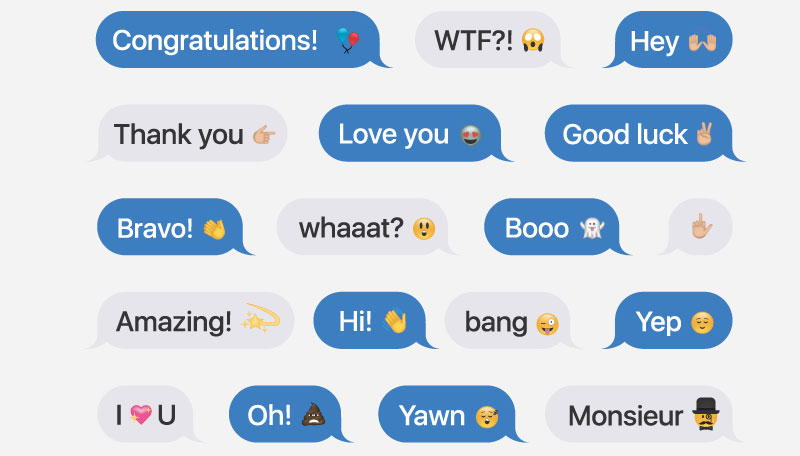 How seriously can we communicate using emojis? 😜 👨‍💼

In the substantial scope of messaging, when a rapid transfer of information with the apparent dominance of social networks and smartphones is very important, the need has arisen for faster and clearer transmission of messages. In order to attract the followers to read a new message in a split second – this is how long the attention paid to random posting or advertising on social networks nowadays lasts – the advertisers started using emojis. Although initially accepted only by adolescents, emojis are a completely legitimate tool today used by almost all communication and advertising circles, from influencers to multinationals. Companies and brands that use emojis in communication seem more fun and accessible, and easier connect with potential customers. 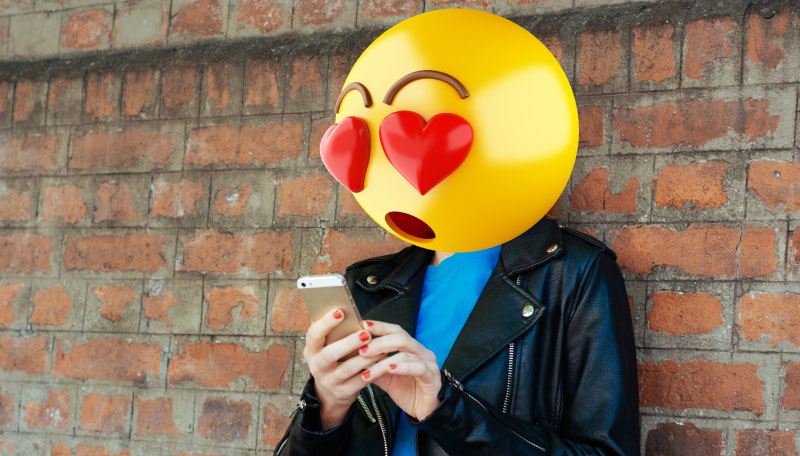 In the online survey conducted among regular emoji users in 2019 by the American giant Adobe, as many as 60% of all respondents agreed with the statement saying it is easier to identify with companies and brands that also use emojis when communicating, and more than half of them prefer to comment on the post consisting emojis. The survey also showed that almost half of web users is more likely to follow the profiles of companies and brands that use emojis in their posts and are more likely to buy products or order services from them. Nearly two-thirds of recipients of advertising emails will open an incoming message if it contains emojis in the subject case. 78% stated that they want even greater involvement of emojis in general communication, and 65% are convinced that their development will continue to progress in next five years.

The research also showed interesting results in private use of emojis. 62% of respondents agree that emojis make conversation more fun, 42% find it easier to illustrate their feelings using emojis than using words, and almost a third of respondents confirmed that they connect with emoji users faster, write faster and communicate more clearly. Almost 80% of people express love and happiness with emojis, 67% also use it to express sadness. 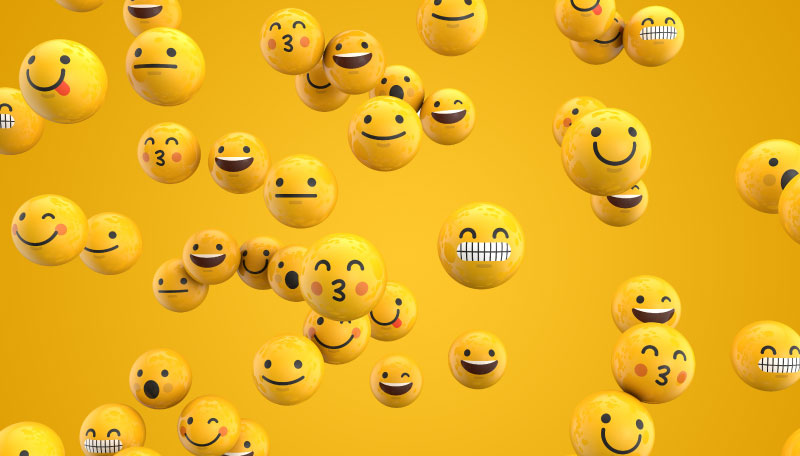 Nevertheless, we should not exaggerate with emojis 🤯

Dan Rhatigan, senior manager of Adobe Type, accompanied the research on the use of emojis with the words: “As we look to the future, emojis will play a key role in advancing communication to create a more connected world.” 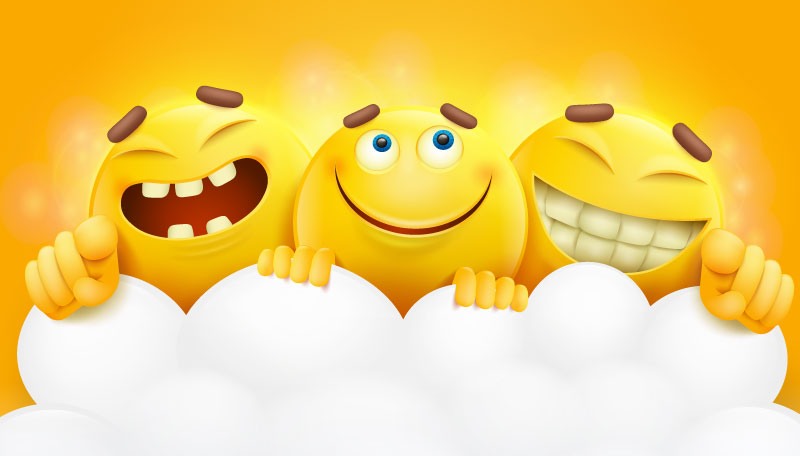