The victims at the forefront on Mine Awareness Day

April 4 is the International Day for Mine Awareness and Assistance in Mine Action. Anti-personnel landmines and other explosive remnants of war continue to be a major threat to millions of people around the world. However, mine victims, who often find themselves in a difficult situation, face many new challenges in the current COVID-19 pandemic. The ITF Enhancing Human Security, one of the most recognized humanitarian organizations in the field of demining and assistance to mine victims, draws attention to their vulnerability.

Anti-personnel landmines around the world continue to cause a large number of deaths, and even more people are seriously injured in explosions. Mines do not choose victims, as they can be set of by anyone, be it soldiers or women and children. They can be hidden in the soil for decades after armed conflicts end, and this is why they are still a danger to millions today.

Those who have suffered injuries in mine explosions often find themselves in a difficult position. In many cases, they come from economically disadvantaged groups, many struggling due to social exclusion. The victims are also among those most affected by the pandemic. The frequent lack of support, limited access to health services and high unemployment rates make them dependent on themselves, and may be pushed to the extreme by current measures aimed at reducing the spread of infections. This is why it is all the more important to draw attention to the difficult situation of landmine victims on 4 April of this year. The importance of demining and humanitarian action to support landmine victims is all the more pronounced in these difficult times.

In order to provide people with a safe life while contributing to the development of regions affected by armed conflict, the Government of the Republic of Slovenia established the ITF Enhancing Human Security in 1998. Since its beginnings in Bosnia and Herzegovina, it has grown into one of the most respected humanitarian organizations in the area of ​​reducing the threats posed by anti-personnel landmines and other explosive remnants of war. In 2019 alone, donations helped clear more than five million square metres of soil, removing 623 anti-personnel mines and 5,192 unexploded ordnances. Another important activity of the institution is psychosocial and health support for the victims of armed conflicts, which was provided – among others – for 94 children in the past year.

On the occasion of the International Day for Mine Awareness and Assistance in Mine Action, the ITF also presents its recent project of five landmine victims from Bosnia and Herzegovina climbed mount Triglav despite their injuries. By symbolically illustrating the overcoming difficult obstacles, they pointed to the difficulties many other victims still face, while demonstrating that just about anything can be done with sufficient support. Their remarkable action was celebrated with a short video of their climb, further inviting the public to help the victims as every individual can donate and help empower the victims, as well as their economic and social reintegration into society.

Watch the video of the climb on the official Facebook ITF Enhancing Human Security profile. 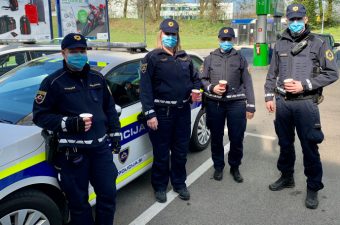 Coffee and fruit bar for our true heroes 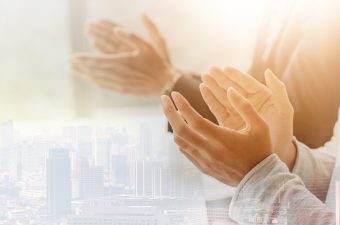 Award for the local community-friendly company goes to Velenje