Fast as a personal feeling of transformation

“Fast means not only competitiveness and performance, but a personal feeling of self-betterment and transformation,” encourages adidas Running, hailing a new era of ‘running’ with the launch of its fresh new ‘Faster Than’ campaign. As part of the campaign, they introduced a unique and lightweight SL20 running shoe featuring Lightstrike technology and the latest version of cult adidas Ultraboost 20 which provides maximum energy return in every step.

adidas Running has long been celebrating a transformative power of running, seeing it as a motivational tool, not only a competition industry. To redefine ‘Fast’, new trend study was conducted based on insights gathered from 6,000 runners across the world. It states that as many as two-thirds of runners don’t feel the need to be the fastest, but to achieve personal transformation and self-betterment. They regard ‘Fast’ as a personal feeling unique to the individual experiencing it.

As part of redefining ‘Fast’, adidas Running has crafted a range of new running shoes that enable runners to achieve their personal betterment lightly and comfortably.  From the new lightweight SL20 model with a cutting-edge Lightstrike midsole for explosive movements and enduring speed, to the well-established but refreshed Ultraboost 20 which provides maximum energy return in every step, and even a new 4D 1.0 shoe with a uniquely designed and ultra-supportive 3D-printed midsole – adidas has a perfect pair of running shoes for every type of running enthusiasts.

The stars of the ‘Faster Than’ campaign are the real-life runners who share their self-betterment stories and inspire others. They include the 300-pound runner Martinus Evans who turned his doctor’s negative body comments and laughter into a motivational tool, the emergency liver transplant survivor turned world champion runner Ellie Lacey that won five gold medals in the World Transplant Games and broke three world records, Kathrine Switzer who famously became the first female numbered entrant to the Boston Marathon, the outstanding runner specialized in the sprints Noah Lyles, and the football player Mohamed Salah. 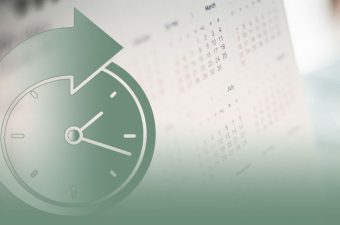