Anja, who joined the Propiar team in the summer of 2012, uses creative communication approaches in order to comply with the objectives of the clients from a variety of industries. Her experiences range from the fields of internal, corporate and product communication all the way to crisis communication and event organization.

Anja started to study at the Faculty of Social Sciences, programme Cultural studies. While participating on the 19th and 20th Ljubljana International Film Festival, where she was actively involved in the Department of Marketing and Public Relations, marketing attracted her so strongly, that in addition to elementary programme she also began to study Marketing communications and public relations at the same faculty. However, her interest in various fields still has not been fulfilled, which is why she got attracted to world of media and started working as a journalist. She began gaining her first experience in journalism in 2008 at TV station Info TV, where she was covering internal politics. Later she participated as a journalist in infotainment show VIP magazine on TV3 and on internet portal of business newspaper Finance. She worked as a journalist for four years. After graduating in 2011, Anja started to deepen her knowledge in the postgraduate study of Strategic Market Communication at the Faculty of Social Science, where she earned a master’s degree in Internal Communication and Corporate Social Responsibility.

Anja loves nature and animals, she is always trying to find happiness in small things. She’s a great fan of Indian culture, nature and people, and that’s why every year she spends her vacations in this beautifull country. 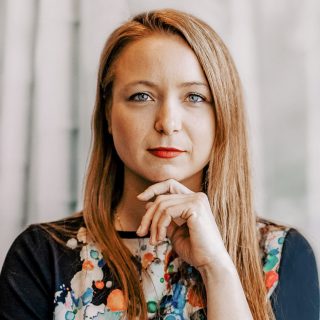 We are never so good that we should not aspire to be better.