Sabina (Dizdarević) Ćosić from Metlika is an external colleague of very dear Propiar people and a language enthusiast with over ten years of experience in translating Croatian, English, Czech and Slovak, which is the red thread of all her activities. Languages follow her everywhere and at all times from the very first job as a proofreader on television, where she was also responsible for communication with the viewers. She was engaged in journalistic and editorial work in several online, television and print media; she was (co)organizing business conferences in the region and implementing promotional, marketing and networking plans in a business club.

She attended a really cool Secondary School for Design and Photography in Ljubljana. She graduated in Croatian, Serbian and Macedonian language with literature and Sinology from the Faculty of Arts here in Ljubljana, spend two years in Prague, Czech Republic and a year in Kunming, Yunnan, China as an exchange student. She finished nearly all the obligations set by the Slovak language and literature department in Ljubljana. 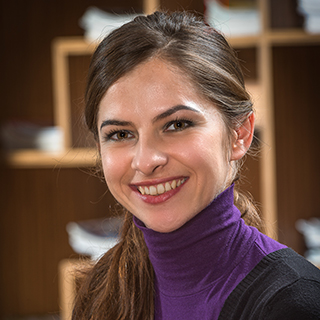 A road to the top is hellish, but the view from there is the most remarkable.